(This could be split up into two class periods)

(This could be split up into two class periods)

Who can engineer the best slime? Beginning with a preset recipe, students make slime, observe it, and then decide on what and how they want to improve it, such as making it stickier or less sticky. Students then make their updated slime by implementing the changes they want to make. They are introduced to product optimization, material science and polymer engineering.
This engineering curriculum aligns to Next Generation Science Standards (NGSS).

Materials science engineers and polymer engineers use the engineering design process to design, develop and manufacture polymers, plastics, and even slime. Product optimization is one of the most important processes in engineering. Like real engineers, students design a product, run tests, make observations and implement changes accordingly.

An exploration of an engineering brief from a mock toy company leads students to explore a new slime with a unique set of characteristics. Using simple directions, students create five different types of slime and classify their slime properties against the criteria provided by the mock toy company.... 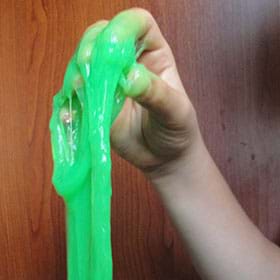 Students learn about nondestructive testing, the use of the finite element method (systems of equations) and real-world impacts, and then conduct mini-activities to apply Maxwell’s equations, generate currents, create magnetic fields and solve a system of equations. They see the value of NDE and FEM...

How Can We Prevent the Corrosion Crisis?

Students learn about the negative impact that corrosion can have on human-made structures such as bridges, boats, and cars. During a class discussion with guided notes, students are given examples and share their own experiences of how corrosion affects multiple areas of everyday life.

How Can We Prevent the Corrosion Crisis? 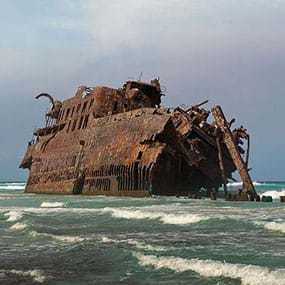 Today, we are going to be learning about engineering. Does anyone know what an “engineer” is? (Expect answers like “people who fix problems” and “people who do math and science”).

Engineers are people who use math and science to help solve problems, invent new things and do all sorts of amazing things. Today, we are all going to be engineers and we are going to engineer the best slime. Can anyone tell me what slime is or what can we use slime for? (Expect answers like “slime is a toy that’s really squishy and sticky and fun to play with”). All these answers are right. Slime is a toy that we are all probably familiar with. It is fun to play with because it looks pretty and it feels nice in our hands.

There are many kinds of slime, some are squishier, and some are more flowy, or wet, or bouncy. We call these things “properties.” Properties describe what something looks like, feels like, smells like, etc. and we use our five senses to distinguish properties. Who can tell me what the five senses are? (Touch, sight, hearing, smell and taste). Engineers use their five senses to help them make observations and figure out the properties. Something really cool about properties is that as engineers we get to use math and science to control the properties of various things. If I want my slime to be more “soft” or “hard” or “flowy”, I can change the recipe to make that happen, which is what we are going to be doing today.

The reason we are doing this activity today is that I need your help as engineers to solve a problem I have. I want to open a slime store but first I must figure out the best way to make slime. I came up with a recipe for slime, but I am not sure it is the best recipe. I need your help to figure out how we can make the recipe better to engineer the best slime in the world. Making something better is something engineers do all the time and in science words, it is called “optimization.” When we optimize something, we figure out ways to improve it.

In this activity, slime is our chemical compound and the components are water, glue, and a slime activator. We call this type of compound a polymer. Thus, mixing these three in different proportions or amounts makes slime with different properties. These properties can be carefully measured and quantified with precise tools. Additionally, useful qualitative observations can be made with our senses. Since water, glue and slime have unique functions in the make-up of slime, changing each component has unique effects on the slime. Let us examine each component in more detail:

engineer: Someone who uses math and science to find solutions to problems.

observations: Words we use to describe the properties of something.

optimization: Selection of a ‘best’ element.

Brainstorming: After making the control slime using the SOP provided and observing it, have the students “critique” it. Ask them to discuss in groups what they think would make the slime more enjoyable to play with. What “property” can they change using the materials they have? How are they going to change it? In groups, ask them to fill out the Slime SOP Worksheet.

Final Presentation: After the activity, have each group come up to the front of the class and tell everyone what they did. Have them answer the following questions in their presentations:

Making Sense: Have students reflect on the science concepts they explored and/or the science and engineering skills they used by completing the Making Sense Assessment.

This curriculum was based upon work supported by the National Science Foundation under RET grant no. EEC 1711543— Engineering for Biology: Multidisciplinary Research Experiences for Teachers in Elementary Grades (MRET) through the College of Engineering at the University of Florida. Any opinions, findings, and conclusions or recommendations expressed in this material are those of the authors and do not necessarily reflect the views of the National Science Foundation.