On Tuesday, January 17, 1995, at 5.46 AM (local time), a magnitude 7.2 earthquake struck the Kobe region of south-central Japan. This region is the second most populated and industrialized area after Tokyo, with a total population of ~10 million people. Even though the ground shook for only ~20 seconds, more than 5,000 people died, more than 300,000 people became homeless and damage estimated at £100 billion was caused to roads, houses, factories and infrastructure (electricity, gas, water, sewers, phone and internet cables, etc.).

The links on this page focus primarily on the effects of large earthquakes and some of the factors that influence the amount of damage caused by earthquakes. 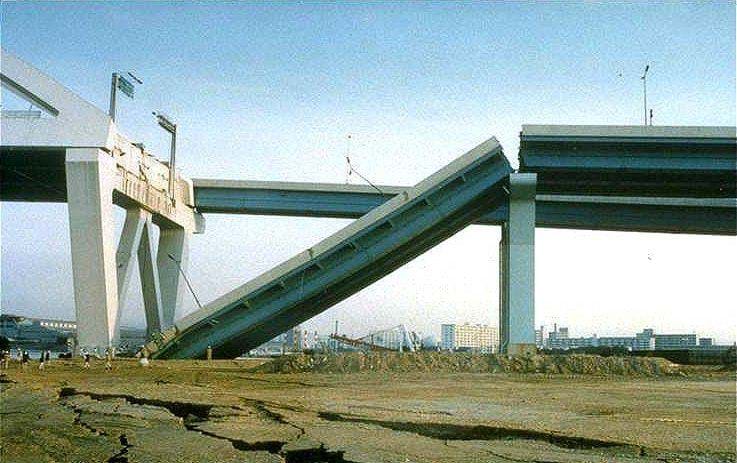 What did it look like after the Kobe earthquake? Take a look at these photographs.

What factors determine the extent of damage from an earthquake? 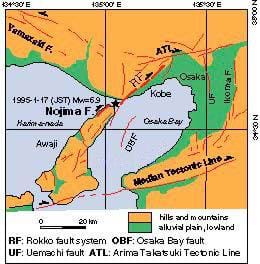 What are the details of the geology and fault system in the region of Kobe, Japan?