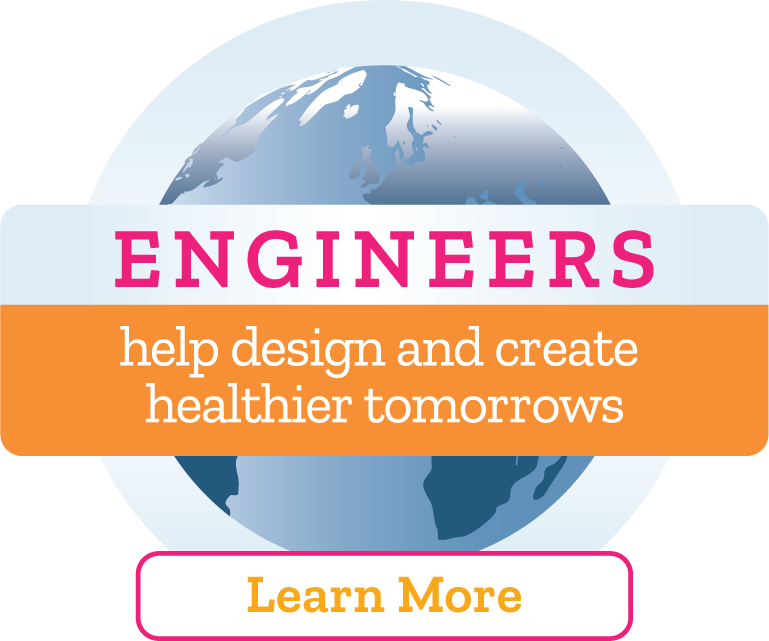 Students learn about how engineers design and build shake tables to test the ability of buildings to withstand the various types of seismic waves generated by earthquakes. Just like engineers, students design and build shake tables to test their own model buildings made of toothpicks and mini marshmallows. Once students are satisfied with the performance of their buildings, they put them through a one-minute simulated earthquake challenge.
This engineering curriculum aligns to Next Generation Science Standards (NGSS).

In certain areas of the world, earthquakes are a serious concern. Civil and structural engineers who focus on designing buildings, bridges, roads and other infrastructure for earthquake-prone areas must understand seismic waves and how to construct structures that are able to withstand the forces from the powerful ground motions of the Earth. For testing purposes, engineers design shake tables to simulate (or re-enact) the seismic waves produced by earthquakes and verify the stability and survivability of their structures.

Students learn what causes earthquakes, how we measure and locate them, and their effects and consequences. Through the online Earthquakes Living Lab, student pairs explore various types of seismic waves and the differences between shear waves and compressional waves.

Students learn about the types of waves and how they change direction, as well as basic wave properties such as wavelength, frequency, amplitude and speed. During the presentation of lecture information on wave characteristics and properties, students take notes using a handout.

Students should be able to measure length with a ruler, and have an understanding of seismic waves (as provided in the associated lesson).

How many different kinds of waves can you think of? (Listen to student suggestions and add others. For example, electromagnetic [light, radio], sound, ocean [water], seismic, pressure, compression, standing and sine waves.) No matter what kind of wave, what do they have in common? (Draw a wave on the board and identify its parts.) That's right: amplitude, wavelength, crest, trough, frequency.

What types of waves do we associate with earthquakes? That's right, seismic waves. Seismic waves are waves that move through the Earth, and are typically created by earthquakes. For all seismic waves, the amplitude or intensity of the wave is dependent on three things:

The people who work in "earthquake engineering" focus on protecting us and the natural and human-built environments from earthquakes. They want to limit our risk of death and damage from earthquakes. How can we possibly make sure that our school or stadium or a skyscraper or a freeway overpass will not collapse in a big earthquake? Well, engineers create shake tables to test the ability of buildings and other structures to withstand the seismic waves produced by earthquakes. To do this, they carefully design and construct shake tables that can accurately re-enact the ground motion of the Earth during earthquakes. Sometimes they test full-size buildings and sometimes they test small-scale model buildings or components. Some shake tables are large enough to put a real-size building on; others are smaller, even tabletop size. By doing this, engineers can test materials, designs, and construction methods to develop building codes and best practices that provide people living in earthquake-prone areas with safe and survivable surroundings.

Engineers must understand everything about the various seismic waves produced during earthquakes and how they cause the Earth to move. Who can tell me the four types of seismic waves that engineers need to simulate? They are:

Smart design and testing make buildings resistant to the seismic wave movement of earthquakes. A properly engineered structure does not necessarily have to be extremely strong or expensive, but it must be correctly and intelligently designed to withstand the seismic effects while sustaining an acceptable level of damage. What are your ideas? Let's create our own shaker tables and model buildings to test them.

(Note to teacher: If students need more clarification of the movement generated by the four seismic wave types, refer to the PowerPoint presentation in the associated lesson. Tips: It is a challenge to make the student shake tables really replicate all four wave movements; it is easiest to focus on the P-waves and surface waves. To replicate P-waves, students must find ways to move the board back and forth along a horizontal plane. To replicate surface waves, students must find ways to move the board in a more up-and-down, lopsided fashion. Placing marbles under a board enable it to slide back and forth, and using different-sized marbles generates a more "surface wave" type motion. To control the shake tables, it helps to cut access holes in the sides of the box, and/or adhere string or Popsicle sticks to the box and its components.)

body wave: A seismic wave that travels through the Earth rather than across its surface.

engineering design process: A series of steps used by engineering teams to guide them as they solve problems: define the problem, come up with ideas (brainstorming), select the most promising design, plan and communicate the design, create and test the design, and evaluate and revise the design. Also called the design-build-test loop.

Love wave: A surface seismic wave that cause horizontal shifting of the Earth during an earthquake.

model: (noun) A representation of something for imitation, comparison or analysis, often on a different scale. (verb) To simulate, make or construct something to help visualize or learn about something else (such as a product, process or system).

P-wave: A seismic pressure wave that travel through the body of the Earth. The fastest of all seismic waves.

Rayleigh wave: A surface seismic wave generated by the interaction of P-waves and S-waves at the surface of the Earth that move with a rolling motion.

seismic wave: A wave of energy that travels through the Earth as a result of an earthquake.

simulation: Imitating the behavior of some situation or process, especially for the purpose of study or experimental testing.

surface wave: A seismic wave that travels across the surface of the Earth as opposed to through it. Surface waves usually have larger amplitudes and longer wavelengths than body waves, and they travel more slowly than body waves.

S-wave: A shear or transverse body seismic wave, with motion perpendicular to the direction of wave propagation.

Design Section of the Worksheet : As either pre-activity homework or the first task of the activity, assign students to complete their own designs for shake tables and model building structures, including drawings, measurements, material specifications and explanations of how the designs function. Require that students describe which types of seismic waves their shake tables will produce and how those types of seismic waves move the Earth.

Observations and Questioning: During the activity, move around the classroom to observe students and ask them questions about what they are doing to determine how well they understand the activity. Ask individual students to explain what the group is working on, their strategies, what type of seismic waves their shake table creates, etc.

Conclusion Section of the Worksheet and Class Discussion: Review students' answers to the Shake It Up! Worksheet questions to gain an understanding of why they think certain structures performed better than others. See whether or not students thought the ability of their shake tables to accurately represent seismic waves helped in the evolution of their building designs. Explore the questions in a class discussion format so that students can hear each others' opinions and ideas (see the Investigating Questions section).

(Note: These questions are included on the worksheet as part of the post-activity assessment.)

Make sure students test, revise and improve the integrity of their structures using their own shake tables. If this is not emphasized, students may just build a shake table and a structure, and move directly to the "real earthquake" without the learning that comes from the testing/redesign cycle.

Now that students have completed their own trial and error experimenting, have them research the real-world design and construction strategies being used to make earthquake-resistant structures. Have students investigate and report back to class on earthquake engineering strategies for both new and existing structures of all types. Start by researching seismic base isolation, seismic vibration control and earthquake-resistant construction.

Show students a 43-second video showing a comparative test of two 12-floor model towers under earthquake simulation, one with seismic base isolation in place and one without. See Earthquake Protector: Shake Table Crash Testing at https://www.youtube.com/watch?v=kzVvd4Dk6sw&feature=related

© 2010 by Regents of the University of Colorado.