(two 50-minute periods; can be over two days)

(two 50-minute periods; can be over two days) 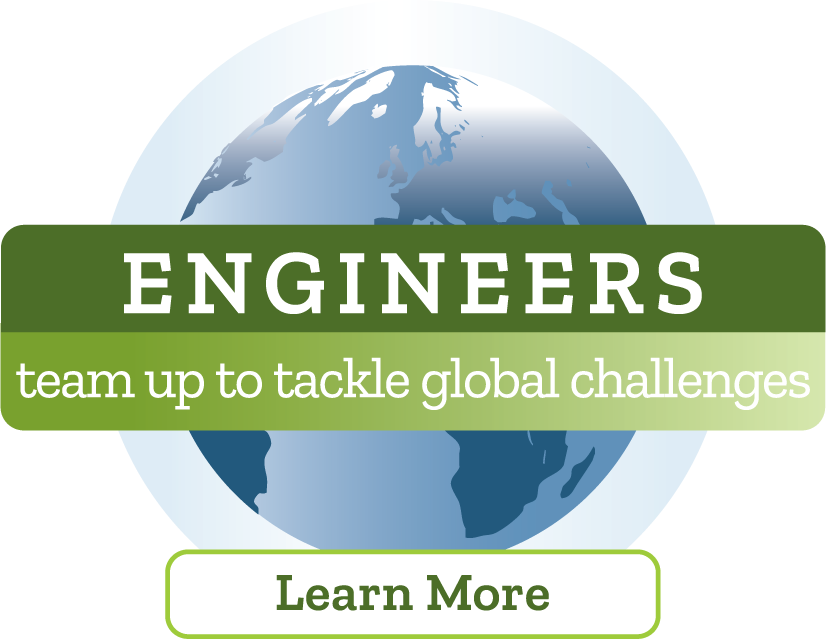 Students learn about the types of waves and how they change direction, as well as basic wave properties such as wavelength, frequency, amplitude and speed. During the presentation of lecture information on wave characteristics and properties, students take notes using a handout. Then they label wave parts on a worksheet diagram and draw their own waves with specified properties (crest, trough and wavelength). They also make observations about the waves they drew to determine which has the highest and the lowest frequency. With this knowledge, students better understand waves and are a step closer to understanding how humans see color.
This engineering curriculum aligns to Next Generation Science Standards (NGSS).

Engineers apply their knowledge of waves to design an array of useful products and tools, many of which are evident in our everyday lives. For example: microwave ovens, x-ray machines, eyeglasses, tsunami prediction, radios and speakers. Engineers must understand all the properties of waves and how waves can differ from one another in order to design safe and effective products. To predict how tsunamis will travel after a ocean earthquake, engineers must understand wave properties and how they travel. Engineers also use their understanding of wave properties when designing electronics—to separate different types of waves so that radios tune in to the right stations, or so your cell phone only picks up the calls that you want. Before designing a solution to a challenge, engineers conduct research and gather information as a crucial part of the engineering design process. Through this legacy cycle lesson, students begin to gather the knowledge necessary to come up with a solution to the engineering challenge outlined in lesson 1 of this unit.

Electromagnetic Waves: How Do Sunglasses Work?

Students learn about the science and math that explain light behavior, which engineers have exploited to create sunglasses. They examine tinted and polarized lenses, learn about light polarization, transmission, reflection, intensity, attenuation, and how different mediums reduce the intensities of ...

Electromagnetic Waves: How Do Sunglasses Work?

Students learn the basic properties of light — the concepts of light absorption, transmission, reflection and refraction, as well as the behavior of light during interference. Lecture information briefly addresses the electromagnetic spectrum and then provides more in-depth information on visible li...

(In advance, make copies of the All About Waves—Notes Outline and Anatomy of a Wave Worksheet, one each per student, and have graph paper available for students. Also [optional], prepare to show students the attached 16-slide Waves and Wave Properties Presentation to accompany the lesson introduction. The slides are "animated" so you can click to show the next item when ready.)

Returning to our three-color mystery, today we are going to develop an understanding of the fundamental concepts of waves. What we learn will move us one step closer to reaching our goal of creating a solution to our engineering challenge that I explained yesterday (lesson 1 of this unit).

Let's start with what we already know. Why are we able to see? (Because there is light.) What is light? (It is a wave.) So, what is a wave? Well, we will learn the answer to that question today!

I will pass out an outline that will help you keep track of the important concepts explained as we talk about waves and wave properties.

(At this point, hand out the notes outlines and present the lecture material provided in the Background section, in tandem with the slides.)

(Next, so students can apply what they just learned, divide the class into groups of two students each, and hand out copies of the worksheets and blank graph paper.)

Who has ever sunburned your skin? Who has used a microwave to make popcorn? Or had an x-ray taken? Or listened to the radio? What do these activities have in common? (Listen to student answers.) All of these require waves.

One difference between the waves that pop popcorn and the waves that tan your skin is wave frequency. As we have learned, the frequency of a wave is defined as the number of cycles that pass a single point in a given amount of time.

In the first part of the worksheet, label the parts of a wave using the definitions given. Then, draw four different waves given information about the waves' properties. Of these four waves, your challenge is to identify the ones with the highest and lowest frequencies.

Legacy Cycle Information: This lesson falls into the research and revise phase of the legacy cycle. During this phase, students begin to learn the basic concepts required to design solutions to the engineering challenge presented in lesson 1 of this unit. After lesson 2, students should be able to revise their initial thoughts, forming new ones that will help solve the engineering challenge question.

(The following lecture material aligns with the slides.)

A wave is a disturbance that carries energy from one place to another. Matter is NOT carried with the wave! A wave can move through matter (called a "medium"), but some waves do not need a medium to be able to move. If a wave needs a medium, we call it a mechanical wave. If a wave can travel without a medium, (for example, through space), we call it an electromagnetic wave.

Wave properties depend on what (type of energy) makes the wave. For example, you splashing in the ocean or an earthquakes creating a tsunami. Descriptive wave properties include:

Now that you're all experts in understanding the different types of waves, how they move and change direction, and how to describe their characteristics, tell me, what are some of the ways that you see waves used in your everyday lives? (Listen to student ideas.) Those are great examples. What about microwave ovens, medical and dental x-ray machines, eyeglasses and speakers? These are common examples in which engineers apply their knowledge of waves to design all types of useful products and tools that are evident in our everyday lives. To design these products, engineers must be well versed in all the properties of waves and how waves can differ from one another. For example, the waves emitted from a microwave are very different than those emitted from an x-ray machine that creates images of bones or teeth. Engineers need a complete understanding of wave properties in order to design safe and effective products!

But that's not all—engineers work to protect people and predict how tsunamis will travel after an earthquake in the ocean by using wave properties. To successfully predict where a tsunami will travel, engineers must understand how waves move and the properties associated with waves.

Another example of engineers using wave properties is when electrical engineers separate different types of waves so that the radio you are using tunes in to the right station, or your cell phone only picks up the calls that you want. If it were not for these engineers, you would constantly be getting calls from people you did not know. To accomplish this they must have a clear understanding of wave properties and know how to separate different types of waves.

Before designing and creating a solution to a challenge, engineers conduct research and gather information, just like you did today. This step is a crucial part of the engineering design process.

amplitude: How far the medium (crests and troughs, or compressions and rarefactions) moves from rest position (the place the medium is when not moving).

compression: When the particles of a longitudinal wave are close together.

compressional (longitudinal) wave: A wave in which the medium moves back and forth in the same direction as the wave.

crest: The highest point on a transverse wave.

diffraction: The bending of waves around an object.

electromagnetic wave: A wave that does not require a medium to travel, for example, it can travel through a vacuum. Also called an EM wave.

energy: The capacity to do work.

frequency: How many waves go past a point in one second. Measured in hertz (Hz).

mechanical wave: A wave that requires a medium to travel.

rarefaction : When the particles of a longitudinal wave are far apart.

reflection: When a wave bounces off a surface.

refraction: When a wave bends.

transverse wave: A wave in which the medium moves at right angles to the direction of the wave.

trough: The lowest point on a transverse wave.

wave: A disturbance that carries energy from one place to another.

wavelength: Distance between one point on a wave and the exact same place on the next wave.

Worksheet: After the lecture, have students complete the Anatomy of a Wave Worksheet to see how well they apply what they learned.

Trade-n-Test: To conclude, have each student make up their own wave properties (that is, trough and crest height and wavelength) and write it down. Then have students trade the "invented properties" papers with other students and draw the new waves based on the given properties.

© 2013 by Regents of the University of Colorado; original © 2010 Clemson University

This lesson was developed through Clemson University's "Engineering Fibers and Films Experience – EFF-X" Research Experience for Teachers program, funded by National Science Foundation grant no. EEC-0602040. However, these contents do not necessarily represent the policies of the National Science Foundation, and you should not assume endorsement by the federal government.