This activity requires the use of non-expendable (reusable) computers or tablets; see the Materials List for details.

Working in small groups, students complete and run functioning Python codes. They begin by determining the missing commands in a sample piece of Python code that doubles all the elements of a given input and sums the resulting values. Then students modify more advanced Python code, which numerically computes the slope of a tangent line by finding the slopes of progressively closer secant lines; to this code they add explanatory comments to describe the function of each line of code. This requires students to understand the logic employed in the Python code. Finally, students make modifications to the code in order to find the slopes of tangents to a variety of functions.

Engineers of all fields analyze systems, whether the electrical systems in automobiles, the chemical systems in petroleum extraction, river management systems, or the mechanical systems in airplanes. Software engineers must perform code analysis as part of the debugging process. Since computer code rarely performs correctly the first time it is written, analysis skills to determine the function of the code enable engineers to locate and solve any problems with the code. This activity provides a canvas for students to practice analysis of this type of system. They examine Python programming language code to determine what it does and make modifications based on their analyses, similar to what software engineers do daily to problem solve.

Students analyze a cartoon of a Rube Goldberg machine and a Python programming language script to practice engineering analysis. In both cases, they study the examples to determine how the different systems operate and the function of each component.

Students learn basic coding in Python, a high-level language that is known for its ease of use and various applications. They learn about the basic programming structures such as variables, objects, classes, and instances, and programming concepts such as if-else statements, loops, and functions. 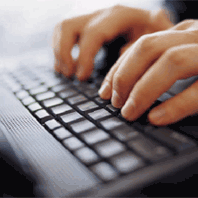 Teachers should have a working knowledge of the PythonTM computer language and know how to use one of the Python applications: Portable Python or Cloud9 IDE.

It is beneficial for students to have some computer programming knowledge, but it is not entirely necessary. Prior experience with Python is not required.

Engineers are the ultimate problem solvers. The purpose of engineering is to find solutions to problems that exist. Pick any engineering discipline and you will find problem solvers. Structural engineers figure out how to span a gorge or build a building. Mechanical engineers are continually designing improvements to vehicles in order to address today's environmental challenges.

Part of problem solving is to analyze a problem or system and determine how it works so that potential changes can be made to improve or maintain it. In this activity, you will get practice with analysis of a system in the form of Python computer code.

In this activity, students practice analyzing a problem in a computer code. The challenge is to analyze a Python code in two different ways. First, students look at the code with parts of it blocked out but with full comments; they must analyze the content to figure out the missing portions of the code. In the second task, they are given code with no comments. Again students must analyze the code, but in this case they add succinct descriptive and explanatory comments that would help someone without knowledge of Python understand what the code does. This process of analysis is similar to what software engineers do daily to problem solve.

Python was chosen as a platform for this activity because it is an introductory computer language that many high school students are exposed to in programming classes. From an engineering standpoint, calculus is often a tool that is employed. Since calculus is really a mathematical process that describes how something is changing, engineers of all different fields employ calculus to analyze changing systems.

Questions: Ask students the following questions to gauge their prior knowledge.

Observations: As students are engaged in the activity, consider these or similar questions in order to assess their progress and understanding:

Final Test: Administer the Python Calculus Activity Assessment, in which students must apply their understanding of the code that was analyzed in Steps 1 and 2 of the activity to determine derivatives to five functions in the form f(x) at specified values of x. The first four problems are straightforward and simply require that students replace the function and the value of x in the code. Direct student groups to divide up these problems, so that each member completes at least one and shares his or her results with the rest of the group. The fifth problem is more challenging because the function has a non-differentiable cusp at the provide x value, so direct groups to work together to determine why no derivative exists at the x value provided. Refer to the Python Calculus Activity Assessment Answer Key for more details.

The contents of this digital library curriculum were developed as a part of the RET in Engineering and Computer Science Site on Infusing Mobile Platform Applied Research into Teaching (IMPART) Program at the University of Nebraska-Omaha under National Science Foundation RET grant number CNS 1201136. However, these contents do not necessarily represent the policies of the National Science Foundation, and you should not assume endorsement by the federal government.