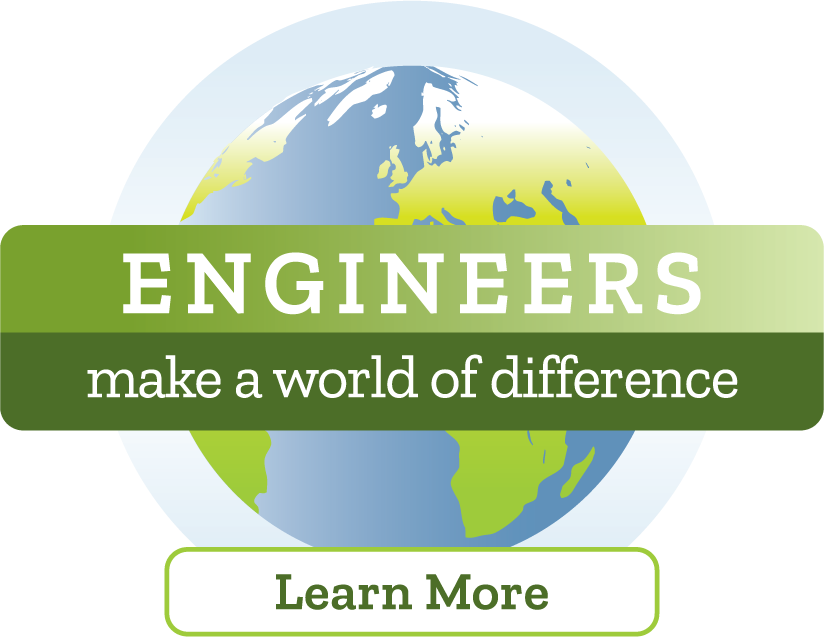 Through an introduction, and extended learning from associated activities, students explore the design of lighting systems and the electromagnetic spectrum. Students learn about the concept of daylighting as well as two types of light bulbs (lamps) often used in energy-efficient lighting design. Students learn how the application of something as simple, and free, as natural light can help them improve the future of generations to come.
This engineering curriculum aligns to Next Generation Science Standards (NGSS).

Can you imagine modern-day houses without light? What if you had to study with a candle instead of a desk lamp? It would be simple if our houses used natural light as its major source of light, but that is not realistic since not all homes have 24-hours of sunlight at their disposal. Therefore, the best type of lighting and the effective use of natural sunlight is key in effectively lighting a home. Lighting within buildings and homes is a major consideration that impacts ongoing energy expenditures as well as the environment. To maximize a building's energy efficiency, engineers study the behavior of light and manipulate it to provide maximum output for minimal cost of operation. Recommendations might include implementing a series of daylighting techniques to reduce the need for costly artificial lighting, and/or carefully selecting light fixtures to meet the lighting needs of particular rooms. Using more energy-efficient bulbs reduces the operation costs of a building's lighting and contributes to a cleaner environment, which ultimately contributes to our own health, happiness and safety.

Students are introduced to the correct technical vocabulary for lighting, which is different than layperson's terms. They learn about lamp (light bulb) technology and how to identify the various types of lighting in their spaces. They are also introduced to lighting controls as a means for saving en...

The Energy of Light

In this introduction to light energy, students learn about reflection and refraction as they learn that light travels in wave form. Through hands-on activities, they see how prisms, magnifying glasses and polarized lenses work.

The Energy of Light

Students are introduced to the idea that energy use impacts the environment and our wallets. Through a series of activities, students understand how they use energy and how it is transformed from one type to another.

Visible Light and the Electromagnetic Spectrum

Visible Light and the Electromagnetic Spectrum

A basic understanding of the properties of light, including the visible spectrum, reflection and refraction of light.

What causes a rainbow to appear when it rains or after it has just rained? What is responsible for the beautiful aurora borealis that appears over the northern sky? These amazing optical phenomena can be described by the behavior of light. Visible light is all around us, we use it every day, and we could not live without it!

In the US today, people often take one of the most common engineering technologies for granted — the light bulb. Imagine what life might have been like before the 1880s, when Thomas Edison invented the first long-lasting electrical lighting system. Without an "on call" source of light that could be turned on with the flip of a switch, people were dependent upon the availability of natural light. Sunlight could light up the insides of buildings during the day, while at night, oil lamps and candles would be required. In some ways, taking advantage of natural light is just as important now was it was before electrical lighting systems were available. Today our reasons to make good use of natural lighting include reducing energy consumption and improving the indoor atmosphere. We use the term "daylighting" to describe the design of introducing natural lighting into a building or structure by means of specifically-placed technologies and processes. Refer to the Daylighting Design activity to have students design and build model houses and incorporate daylighting system based on lesson material.

Daylighting can often be an excellent substitute for artificial lighting inside homes and buildings. Not only does it reduce the need for costly electric lights, it creates a more pleasurable atmosphere in which most people prefer to work. When used appropriately, natural light can completely eliminate the need to operate certain lights inside a structure during the day. A work environment with natural lighting also reduces the likelihood of mood disorders such as seasonal affective disorder, while promoting good health and lowered energy costs.

To optimize the way we get and disperse light throughout a building, we must have a good understanding of the behavior of light. The first and most important question to answer is "what is light?" The easy part is defining it; the harder part is describing how it behaves. Light is simply electromagnetic radiation of a wavelength that is visible to the human eye (about 380 to 750 nanometers). This portion of the electromagnetic spectrum falls between infrared and ultraviolet radiation. This light allows us to see the objects around us and differentiate between their colors.

Two general types of light bulbs (called lamps) are commonly used to illuminate modern houses and structures. First, incandescent lamps are devices consisting of a glass bulb filled with an inert gas surrounding a filament of tungsten wire. Electrical current is passed through the filament, heating it to very high temperatures. The heated element gives off energy as visible light and infrared radiation. Incandescent bulbs are very inefficient — only 10% of the heat energy is emitted as visible light! See Figure 1 for the components that make up incandescent lamps.

The second type of light bulb is a fluorescent lamp. Fluorescent lamps (or CFLs, meaning compact fluorescent lamps, see Figure 2) consist of two main parts — a gas-filled tube and a magnetic or electronic ballast. Electrical current from the ballast flows through the gas, causing it to emit ultraviolet radiation. This ultraviolet radiation excites a white phosphor coating on the inside of the tube, causing it to emit visible light. Compared to incandescent lamps, this process of creating artificial light is more energy efficient because it takes much less energy to excite the atoms inside. As a result, CFLs do not give off nearly as much (wasted) heat as incandescent lamps. The popularity of CFLs has steadily increased over the last decade due to their cost-saving, energy-efficient benefits. They use much less energy to produce the same amount of light, and last up to 10 times longer than modern incandescent lamps. Fluorescent lamps typically emit a much whiter color of light because of the way they operate. This type of light is generally considered to be less pleasant than incandescent light, but advances are being made to make CFLs mimic the type of light from incandescent lamps.

To provide lighting for interior spaces and/or times of day when natural light is not available, engineers create lighting systems that often include these two types of lamps. When designing a lighting system for any structure, engineers also take into consideration factors such as the position of the sun, or solar geometry. The orientation of the space to the position of the sun makes a difference in the placement of windows, which is especially important in the implementation of daylighting systems. Students can expand their understanding of light and building design in the Model Greenhouses activity by considering thermal energy from the sun when designing a model greenhouse.

where c is the maximum speed of light described earlier and v is the speed of light in the specific medium. The refractive index is 1 for light in a vacuum and greater than 1 (1.33 for water, 1.003 for air) in other mediums.

Due to the change in speed of light, it also changes direction slightly. This is most easily observed when light passes from one medium to another. For example, if you place a pencil in a half-filled glass of water, the pencil appears to bend slightly at the surface of the water.

How Light Is Produced

When the electrons in an atom become excited (for example, from being heated), light photons are released. When the atom gains or loses energy, the change is expressed by the movement of electrons. Electrons are temporarily boosted to a higher orbital, further away from the nucleus of the atom. Then, almost immediately, the electron returns to its original orbital, emitting the extra energy in the form of a photon. A very high temperature (about 4,000 °F, or 2,200 °C) is required to emit a considerable amount of visible light in an incandescent light bulb.

The lighting in a house or structure is important so its occupants can go about their normal routines during both day and nighttime hours. Engineers who design lighting systems consider how buildings will be used by their occupants and determine the optimal placement of lighting within structures. Not only is it important for these engineers to consider light sources outside of the structure (such as the sun), but they must also design indoor lighting systems that are suitable and adequate for the tasks conducted within. When designing for high energy efficiency, the most cost-effective forms of lighting focus on daylighting systems and use of incandescent lamps with CFLs.

absorption: A process in which the energy of a photon is absorbed by an object, and usually re-emitted as thermal energy.

daylighting: The use of natural light, through the placement of windows or other transparent media and reflective surfaces, to provide internal illumination for a building.

fluorescent light: A lamp that produces light through the illumination of phosphorous coating by gas-produced ultraviolet radiation.

incandescent light: A lamp that produces light by passing electricity through a thin filament (usually tungsten) that glows brightly.

photon: The particle responsible for carrying electromagnetic radiation of all wavelengths (including visible light).

reflection: The process by which a surface turns back a portion of the radiation that strikes it.

refraction: The bending of light as it decreases in speed when passing from one medium to another.

resistor: A device used in an electrical circuit to oppose the flow of an electric current (for example, a light bulb).

transmittance: The fraction of incident light at a specified wavelength that passes through a sample.

visible light: Electromagnetic radiation of wavelengths between 380 and 750 nanometers. Its behavior is reminiscent of both particles and waves.

Question/Answer: Ask students the following questions and discuss as a class:

Class Discussion: Ask students the following question and discuss as a class:

Class Discussion: Ask students the following question and discuss as a class:

Have students observe the different lighting fixtures in their homes and determine which use incandescent bulbs and which use other types, such as fluorescent. Have them make lists of all the lighting devices found in their homes, and make recommendations for any lighting that could be changed to accommodate CFLs instead of incandescent lamps.