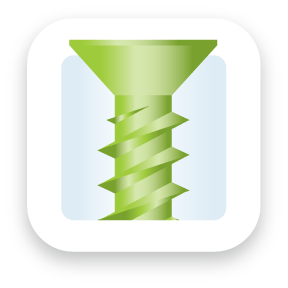 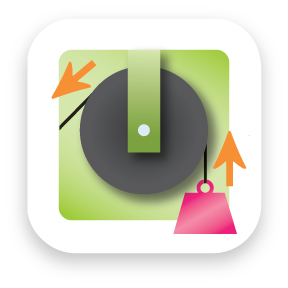 In this lesson, students learn about work as defined by physical science and see that work is made easier through the use of simple machines. Already encountering simple machines everyday, students will learn about their widespread uses in improving everyday life. This lesson serves as the starting point for the Simple Machines Unit.

Simple machines are the building blocks for many of the mechanical devices - both ancient and very modern - used by society for improving everyday challenges. Both high- and low-tech cultures use simple machines to accomplish daily tasks and improve our lives. Engineers draw upon their understanding of the six simple machines when they are inventing new, or refinining existing, machines. Have students test their knowledge by designing simple machines from the activity A Simple Solution for the Circus.

This lesson introduces students to three of the six simple machines used by many engineers. These machines include the inclined plane, the wedge and the screw.

Students explore building a pyramid, learning about the simple machine called an inclined plane. They also learn about another simple machine, the screw, and how it is used as a lifting or fastening device.

Slide Right on by Using an Inclined Plane
Elementary Lesson

Today we are going to talk about a particular kind of work as defined by physical scientists and used by engineers. According to engineering and science, work is the energy it takes to move an object. Associated with this definition is a mathematical concept which will be used throughout this unit:

What is one thing we want to accomplish whenever we have to do work? (Answer: We want our work to be easier – unless, for example, we are athletes training for a competition; then we know it's going to be very hard, no matter what.) Finding ways to make work easier is what drives people to invent (better) machines. Machines allow us to do many things quicker or with less effort. They also enable us to do things that we otherwise would not be able to do.

What are some inventions in our classroom? (Example answers: pencil sharpener, fan, sink faucet.) Do you have any ideas about what the inventor was thinking about when they designed it? (Example answers: They wanted to make it easier to sharpen my pencil to a nice point, bring cool air into a room or bring water from ground to sink for use.) Remember that the aim of machines is to make our work easier or perhaps more enjoyable. How has the machine you thought of made an impact on you and society? (Example answer: Pencil sharpeners can be found in almost every classroom; pencils have continued to be a popular tool for writing.)

(Note: The following machines may be presented on an overhead or listed on the board.)

Here again is the equation we will use to calculate work in this unit.

Let's make sure that we understand this equation. Force is any push or pull, such as gravity pulling on a falling apple or me pushing a table. Watch me as I push this book across a table. Was I doing work when I moved the book? (Answer: Yes. Each time a person pushes or pulls an object and moves it, that person does work.) How about when I push against the wall? It does not move, so am I actually doing work? (Answer: No, even though you are straining yourself, the wall does not move, so there is no work involved.)

What are the units of force? They are called newtons (named after Isaac Newton, who watched an apple fall from a tree and came up with the concept of gravity). The units of distance are meters. Work is measured by a unit called a joule. So, newtons (symbolized by N) multiplied by meters (m) equals the unit joule (J).

The other thing we want to learn about these simple machines is their mechanical advantage, or the extent at which a machine makes work easier for us. Engineers use this concept when deciding what size of simple machine is best for a particular activity. For instance, an engineer may decide to use a crane (a lever) to lift a heavy, steel beam at a construction site. They can use mechanical advantage to answer the following important question, "How long should the lever arm be and how much force should be applied at the other end to lift this steel beam?"

Which do you think would be easier: to lift a bowling ball straight up above your head or to roll it up a ramp to the same height? Most people would agree that rolling it up the ramp would be easier. Now, remember that no matter which method you use to get the ball to the specified height, according to science, you actually do the same amount of work either way.

Let's say I applied 8 newtons of force and lifted the bowling ball up 2 meters. The total work of moving the ball up 2 meters would be, as defined by our equation: the product of 8 N (the force) and 2 m (the distance) equals 16 J (the work).

The six simple machines — the lever, inclined plane, wedge, screw, wheel and pulley, and axle — are widely recognized throughout society. However, there is some discord regarding the exact understanding of simple machines. Some engineers, for instance, call gears the seventh simple machine. Physicists classify simple machines into two big categories: levers and gears. In the book, Elements of Machines, Leonardo DaVinci listed twenty-two different simple machines. Regardless of the many different classifications, there is one common thread: all simple machines make work easier.

There are three units of measurement needed throughout the Simple Machines unit. Force is measured in units of newtons. These units are named after Isaac Newton (1643-1727) who is considered the father of classical mechanics; i.e., the description of moving objects. The other unit is the meter, which has Greek and Latin origins. The final unit we will be using describes the product of newtons and meters which are joules. These units were named after a 19th century physicist James Prescott Joule who studied heat and related this phenomenon to energy. Interestingly, heat, energy and work all use the same units of measurement: joules.

What are some simple machines in this classroom? (Example answers include: The doorstop is a wedge, a desktop that opens is a lever, screws hold our chairs together and a pulley might move our blinds up and down.) What is work? (Answer: Work is the energy it takes to move an object a certain distance. The equation we will use for work is: force multiplied by distance.) Why are engineers interested in simple machines? Engineers use the concepts of simple machines to invent many mechanical devices to improve everyday challenges. In addition, various engineering tasks can be completed or more easily accomplished through the use of simple machines. Essentially, simple machines help improve society through making life's tasks much easier.

force: Any push or pull.

metric units: Units of measurement as defined under the International System of Units (SI).

simple machine: The fundamental parts of any machine. Simple machines can exist on their own and are also sometimes hidden in the mechanical devices around you. Six simple machines can be found in many everyday items: screw, lever, axle and wheel, pulley, wedge and inclined plane.

work: The energy it takes to move an object some distance.

What does it mean to do work? (Students should offer different examples; e.g., a student doing schoolwork, a business person doing paperwork, a young person doing yard-work, an athlete working their bike up a hill, a carpenter working in the wood shop.)

Have you ever wondered how the Egyptians built the pyramids? (Answer: They built large ramps, or inclined planes, and slid the massive blocks up to their desired position.) Who do you think came up with that idea? (Answer: An engineer, but they might not have called them one during ancient times; a person who is much like an engineer of today.)

Drawing Race: Write the six simple machines on the board (screw, lever, wheel-and-axle, pulley, wedge and inclined plane. Divide the class into teams of four, having each team member number off so each has a different number, one through four. Call a number and a simple machine. Have students with that number race to the board to draw the simple machine. Give a point to the team whose teammate first finishes the drawing correctly.

Send-A-Question: Ask each team of four students to name themselves according to one engineering discipline (i.e., civil, mechanical, electrical, aerospace, chemical, structural, etc.) Each student on a team creates a flashcard with a question on one side and the answer on the other. (Note: If the team cannot agree on an answer they should consult the teacher.) One team member goes to the next team, e.g., team Civil Engineers, bringing their team's written questions. Team Chemical Engineers attempt to answer the questions. There should be more than two teams. If students feel they have another correct answer, they can write it on the back of the flashcard as an alternative answer. Once all teams have tested themselves on all the flashcards, regroup and clarify any questions.

Using the Equations: Ask students to solve the following problems using the equations from the lesson:

Have students watch the Discovery channel clip on Building Stonehenge, where a person builds a model Stonehenge in their backyard, using only simple machines. Discuss what simple machines the person used and the feasibility of Stonehenge or the ancient pyramids being built this way. https://www.youtube.com/watch?v=lRRDzFROMx0

Discuss with students how simple machines make our lives easier. Demonstrate this by asking students to complete a task without using a simple machine, and then with one. For example, rolling a blind up by just rolling it by hand versus by using the pull cord to smoothly roll the blind.

Bring in a variety of common household items and give each student an item. Have them decide which simple machine(s) the item demonstrates. (Example items might include: knife, screwdriver, door stop, screw, nail, hammer, scissors, toys that have pulleys and wheel/axles.)