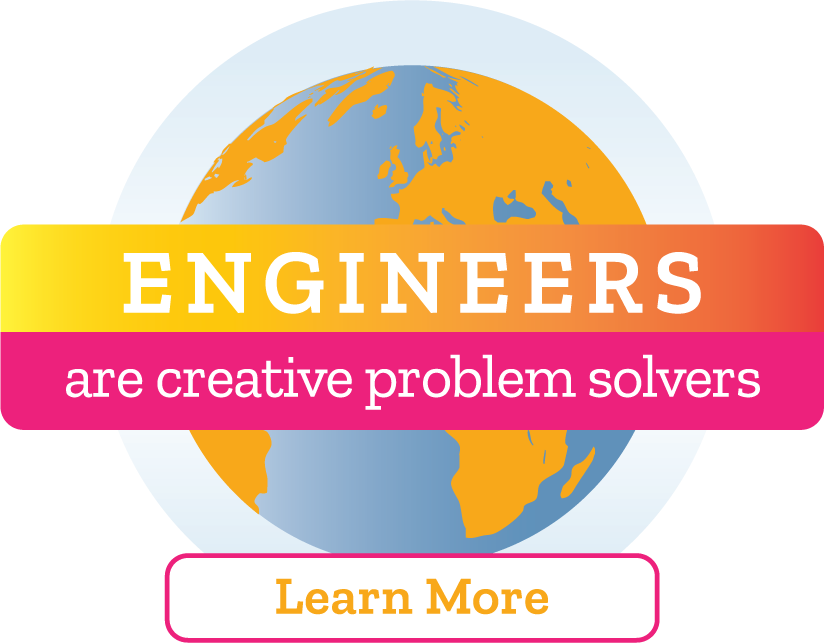 Students learn about catapults, including the science and math concepts behind them, as they prepare for the associated activity in which they design, build and test their own catapults. They learn about force, accuracy, precision and angles.
This engineering curriculum aligns to Next Generation Science Standards (NGSS).

Engineers must master the science and math concepts behind a given technology before they can successfully design and build products that meet their clients' needs.

Physics of the Flying T-Shirt

Students are introduced to the physics concepts of air resistance and launch angle as they apply to catapults. This includes the basic concepts of position, velocity and acceleration and their relationships to one another. They

Physics of the Flying T-Shirt

Students experience the engineering design process as they design and build accurate and precise catapults using common materials. They use their catapults to participate in a game in which they launch Ping-Pong balls to attempt to hit various targets.

Today we are going to learn all about catapults and the important math and science concepts behind them. We are preparing for an activity we will get to do very soon, during which we will design and build our own catapults. Like engineers following the engineering design process, before we begin designing or building, we must research catapults and learn as much as we can about them.

Who has heard of catapults? What do they consist of? (They consist of a lever and a wheel-and-axel.) What are catapults used for? (Listen to student ideas and experiences.) Originally catapults were designed for use during battles or wars. These days, catapults are used for a variety of reasons, from toys to even launching planes and jets from aircraft carriers that have limited runway space!

Let's say we want our catapults to launch Ping-Pong balls at a certain target. If we are trying to hit targets with the catapults, we need to discuss a few science concepts. One concept is force. How do you think force affects the speed of the Ping-Pong ball and the distance it travels? (Answer: More force means more speed and more distance.) The more force you apply to a catapult, the more force is applied to the object being launched. Think of the simplest type of catapult possible: a plastic spoon. If you've ever launched something from a plastic spoon (hopefully not food at your brother or sister!), you might know that if you add more force by pulling the top of the spoon back farther, the projectile goes faster and farther. A slingshot provides another example. The more force you apply by pulling back the rubber band on the slingshot, the bigger the force applied to the projectile. This means the projectile will go faster and farther. Following the lesson, challenge students to complete the associated activity Right on Target: Catapult Game to build accurate and precise catapults using simple materials.

Slide 1: When you hear the word "catapult," you might only think of devices that were used during battles in the Middle Ages. But even today, catapults are used for many different purposes. Did you know that they are used to launch planes on aircraft carriers where runway space is limited? Engineers have found many useful and fun modern applications for this ancient technology!

Slide 2: To make a projectile cover the most horizontal distance possible, it should be launched from a 45º angle. Remember this fact because you will need to apply it to the construction of your catapults in the upcoming activity. If a projectile is launched from an angle greater than 45º, where will it go? (Answer: It will go higher, but not cover as much horizontal distance.) If the same projectile is launched from an angle less than 45º, where will it go? (Answer: It will not go as high and therefore is pulled to the ground more quickly by gravitational force, and thus, falls short.) Now let's talk about force. In the picture on the screen, do you think the string that is wrapped around the spoon-shaped part should be really tight or really loose? (Answer: Tight.) If the string is tight, do you think more or less force is applied to the projectile or object? (Answer: More force.)

Slide 4: Why are we learning all this? Well, we are about to do a really fun activity. Here's a sneak peak at what's to come in the activity. We will be designing and creating a catapult to launch Ping-Pong balls. Once the catapults are built, we will play a game where we aim for targets. These are some of the materials that you will use. Now you know why it is important that we learn all this information and take notes!

Galileo reasoned that a projectile is not only influenced by one motion, but by two. The motion that acts vertically is the force of gravity, and this pulls an object towards the Earth at 9.8 meters per second. But while gravity is pulling the object down, the projectile is also moving forward (horizontally) at the same time. This horizontal motion is uniform and constant according to Galileo's principle of inertia. He was able to show that a projectile is controlled by two independent motions that work together to create a precise mathematical curve. He found that the curve has an exact mathematical shape called the parabola. Galileo concluded that the path of any projectile is a parabola (see Figure 1).

The Figure 2 diagram is helpful to review with students the concepts of accuracy and precision. Accuracy describes the nearness of a measurement to the standard or true value. Precision is the degree to which several measurements provide answers very close to each other. To get a better understanding of accuracy and precision and how they relate to the catapult activity, consider the example of shooting arrows at a bull's-eye target. In this example, accuracy describes the closeness of arrows to the bull's-eye at the target center. Arrows that strike closer to the bull's-eye are considered more accurate. The closer a system's measurements to the accepted value, the more accurate the system. Precision relates to whether or not the arrows hit the target in the same place. When all arrows are grouped tightly together, the cluster is considered precise since they all struck close to the same spot. The arrows do not need to hit the bull's-eye (or even the target) to be precise.

Today we learned so much! We talked about catapults and the important science and math concepts crucial to engineering our own catapults. What do you think we should do next? You guessed it – we are ready to design, build and test our own catapults!

accuracy : The degree of closeness of a measured or calculated quantity to its actual (true) value. For example, in the associated activity, accuracy is the ability to hit the target with the Ping-Pong ball.

catapult: A toy/machine that launches a projectile.

geometry: An area of mathematics that studies shape, size, position and properties of space.

precision: The degree to which further measurements or calculations show the same or similar results. For example, in the associated activity, precision is the ability to hit the same location multiple times with the Ping-Pong ball.

projectile: An object that is launched or thrown, usually in the air, by a force.

quadrilateral: A polygon with four sides. Examples include squares, rectangles, and trapezoids.

triangle: A polygon with three sides.

Catapult Post-Lseson Quiz: At lesson end, have students complete the Catapult Quiz again to assess what they learned. Compare pre/post answers to gain an understanding of how much students understood and retained from the lesson.

© 2011 by Regents of the University of Colorado